To some people, scars are trophies or war wounds to be proud of (there are even Facebook pages of people showing off their scars), but for others, scar tissue is a source of physical pain or a reminder of traumas that they wish to forget. 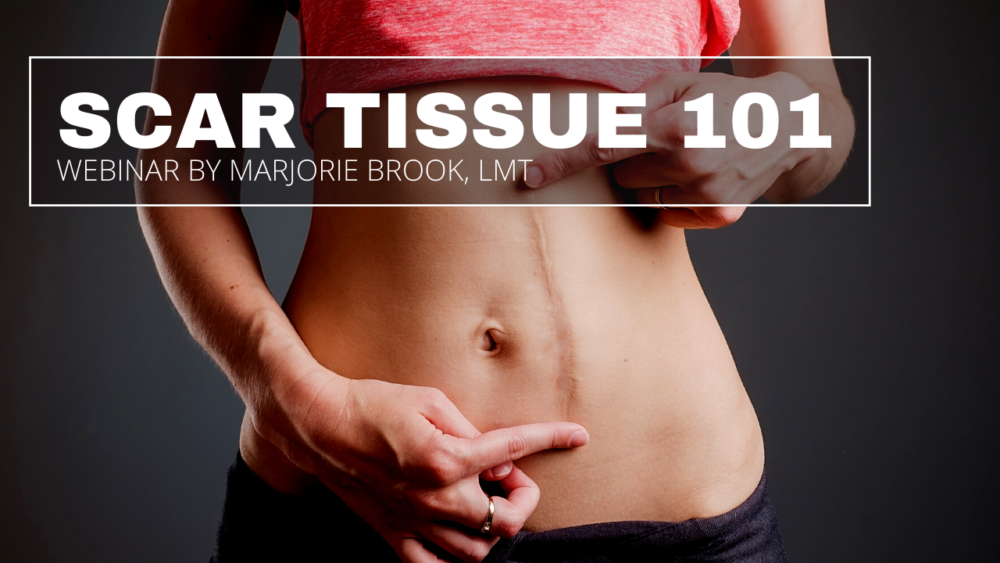 And for others, they are something they have already forgotten and are unaware of how it is affecting their body. For these people, the scars are so forgotten they don’t even get listed on medical history forms. Six out of ten women who come into my practice who had a c-section do not consider their c-section a surgical procedure.

Recognizing this is the key to unlocking mysterious pain and other issues that have been interfering with the body’s ability to function and balance.

Historically scar tissue has been ignored or even viewed as having no consequence by the medical world. So long as there’s no infection and they didn’t leave anything inside of you during surgery, the doctor’s job is done. Doctors are not thinking about scar tissue and its impact before, during or after surgical procedures. If you are having any type of abdominal or pelvic surgery, you have a 95-100% chance of having adhesions and scar tissue. But nothing is done about it. It’s no different than breast cancer and mastectomy patients not learning about lymphatic massage until lymphedema occurs instead of being proactive and preventative and getting these massages before and after the surgery.

With all the current, ongoing research and information compiling on the importance of fascia, the medical world is starting to recognize the significance of scar tissue on the body. But there are still too many doctors who don’t recommend scar tissue therapies immediately following surgery and instead only recommend it when the scar tissue is causing noticeable pain for their patients.

Scar Treatment Concerns – What to Look Out For

As with most new fields of interest, there have been many new versions of therapy popping up, which for the most part is a very good thing. Unfortunately, the negative side of new frontiers is that many therapies are being administered without a proper understanding of the subject matter.

In other words when it comes to the compensations, if someone has a c-section, that c-section may be pulling this person down or turning their pelvic or not allowing their pelvis to reset after the pregnancy. Or someone who had a mastectomy not being able to pull their arms open all the way or they can’t lift their arms overhead – all as a result of the surgery. Or people who have had foot or ankle surgery whose body has shifted because it changed their gait. Or women who have breast implants (not reconstruction) with foot pain. This is common as the fascia lines runs down the body from the breast to the feet and as a result of the implants there is now a pull that impacts the feet. About 60% or more of women who increase their breast size by a cup or more with implants experience feet pain.

This lack of understanding and people just jumping at attempting to treat scar tissue without an understanding is honestly terrifying.

In order to treat scar tissue, you need to find someone who understands scar tissue, what caused the scar, and all the events that lead up to the scar formation.

Here is some common misinformation regarding scar tissue.

Most people are only concerned with how the scars alter their appearance and have no idea how the scars and adhesions are affecting their bodies on so many different levels or that scars can be a trigger for PTSD. For example, individuals who are getting angry or sad for no apparent reason but it’s really stemming from pressure on their scar tissue such as their bra or pants putting pressure on the scar. Or an action such as reaching for a can of peas causes a flashback or triggers an emotion because that action puts a strain on the scar tissue.

Misinformation: Scars only affect the tissue

Scar tissue affects every system of the body including

Understanding how each of these systems can be affected by scar tissue can lead you to unravel the mysteries of the pain and frustration you have been suffering, in some cases for years.

How Scar Tissue is Different Than Other Tissue

Because of the chaotic ways that the fibers are forming and the cross-tension pulls that scar tissue causes, it is not as strong as normal tissue and is more likely to tear and cause a problem. Additionally, it does not oxygenate well because the circulation is limited which limits the oxygen through the area. This causes a low (acidic) PH environment which is never good as it allows bad things like cancer to thrive.

Many patients experience a loss of feeling or sensation or pain where their scar is located. About 50% of women who have c-sections or hysterectomies are numb where their scar is due to the tissue not reconnecting properly after the surgery or they are bound up in the scar tissue. But during scar tissue release massage you can get the sensation of feeling back by releasing the bound-up nerves in the area.

The Goal of Working with Scar Tissue

The goal of working with scar tissue is to:

It’s about rehabbing the body and getting it as close as possible back to the “factory” settings.

Acknowledging that scar tissue may be at the root of the problem is the first step in any therapy. After that simply massaging the affected area can bring about change. Your therapist needs to thoroughly understand the event which caused the scar and everything that goes with it in order to truly treat the scar tissue.

There are so many wonderful forms of therapy available today to help people on their journey to balance health and wellness. One of the ways to achieve that health and balance are recognizing the effects scars are having on a person.

Marjorie Brook, LMT is a massage therapist, author and international educator. For over 21 years, she has specialized in scar tissue release and massage therapy. She works from the fundamental belief that your body is intuitively aligned with the thoughts you think, the emotions that you feel and the things that you do. She founded Brooks Seminars in 2007 after working as a decade as a nationally recognized massage therapist with a private practice on Long Island. She is the creator of the Scar Tissue Release and Integrated Therapies (S.T.R.A.I.T Method™) and offers continuing education courses on this method all over the world. Her articles have appeared in magazines such as Massage Today, American Fitness, and Massage World. She’s approved by the National Certification Board for Therapeutic Massage and Bodywork, the Massage Therapy Association of Alberta, and the College of Massage Therapists of British Columbia.

Scar Tissue Treatment & Proper Stretching
Essentials for Your Health
Guest on Dr. Mitchell’s The Smartest Doctor in the Room Podcast
I…

CONNECT WITH MARJORIE:
What is Scar Tissue?
So what is a scar? We all hear about scars. We think about a scar as what we can see – the…

Call Now
Back to the top